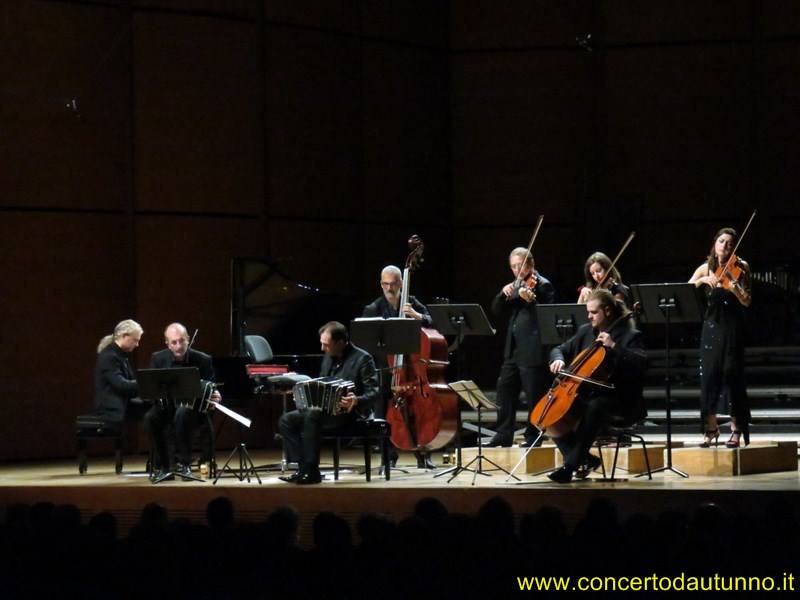 The Alfredo Marcucci Tango Orchestra is the first “typical orchestra” playing traditional Argentinian tango that has been created in Italy. there are 8 musicians in the orchestra, each one specially selected by Maestro Alfredo Marcucci (1929 – 2010) himself, at a national audition.
A long-renown musician and arranger, Marcucci started playing the bandoneon at the age of 7. His professional career began at the end of the 1940s playing in the orchestras of legendary Argentinian bandleaders such as Julio De Caro, Eduardo Bianco, Jorge Caldara, Enrique Mario Francini, Carlos Di Sarli and many others. he has performed in the most important concert halls and European tango festivals. every member of the orchestra is an excellent professional musician, but they all come from different musical backgrounds. Most of them have studied classical music, some have performed with important jazz groups, and a few others have a strict tango musical pedigree.
The arrangements performed by the orchestra are by Maestro Marcucci who, thanks to his great experience, has managed to skillfully blend the romantic elegance of the style of Carlos Di Sarli, the rhythmic pulse of Juan d'arienzo, the unmistakable phrasing of Osvaldo Pugliese , the harmonies of Julio de Caro, the counterpoint of Astor Piazzolla, making the songs fascinating to listen to and very danceable in milonga.