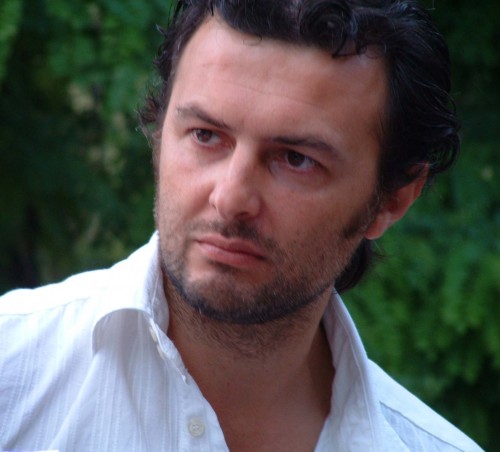 Alejandro Fasanini was born and grew up in Buenos Aires, where he studied and deepened the Culture of Tango and then evolved as “tango Musician and Dancer.”
He began to build his own database of tangos already in the 80s, when he was attending the “academia Nacional de Tango” in Buenos Aires, with professors Ricardo Ostuni, Horacio Ferrer, Jose Gobello, Hector Negro and Oscar del Priore. He now owns a database discography tango of about 50.000 tangos. As a tango Dj announces the “tanda” which will continue to give the dancers the information of the genre (tango, vals, milonga) name of the orchestra, the singer and the year of the recordings. It also projects more than 1000 Images of tango orchestras during the milonga. For over 15 years, he’s been working as musicalizador in several milongas in Italy and Europe. Resident in Caffe Caribe, Milan. Il Giardino del Tango, Rome.. Milonga della stazione, Rome. Universo tango, Amburg. Milonga Romantica, Madrid. Bar Ruma, Pinarella di Cervia. Festival Tango Pesaro. and other, Napoli, Valencia, Ferrara, Bologna, Forlì, Jesi, Ancona, Senigallia, Fano, Verona, ecc.